Whereas we nonetheless don’t know a lot concerning the total plot of Marvel’s upcoming first Disney Plus sequence, The Falcon and the Winter Soldier, there’s been some fairly fascinating stuff popping up over the previous couple of days, similar to these set movies of Wyatt Russell and Sebastian Stan as U.S. Agent and the Winter Soldier in motion, and the (potential) affirmation that Battlestar will seem. And now, because of a brand new report, we might have one other cool bit of reports – within the type of a returning face.

In accordance with The Weekly Planet podcast – who had been the primary to report that Matt Damon would cameo in Thor: Ragnarok – Batroc the Leaper is about to return within the sequence. Batroc final appeared in 2014’s Captain America: The Winter Soldier performed by Geores St-Pierre, the place he fought with Steve Rogers aboard the Lemurian Star ship. It’s unclear what function Batroc would play on this sequence, but it surely’s potential he might be allied with Zemo – or maybe he’ll be encountered by the heroes at Madripoor?

As at all times, take this report with a grain of salt, but it surely’s not the primary time Batroc’s identify has popped up in leaks and rumors, so I’d say there’s an inexpensive probability this one finally ends up being true. Personally, I’m actually excited to see Batroc once more, and suppose it’s an incredible callback to the movie that Sam Wilson debuted in. 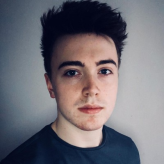 Author, movie lover, journalism scholar, lifelong comics fan and, in fact, a barely obsessed MCU fanatic. Once I’m not writing or learning I’m taking part in music, watching films, or making an attempt my hand at drawing and digital artwork.

Rashmika Mandanna is having fun with the ‘good climate’ in Rome with Bheeshma co star Nithiin; See Pic